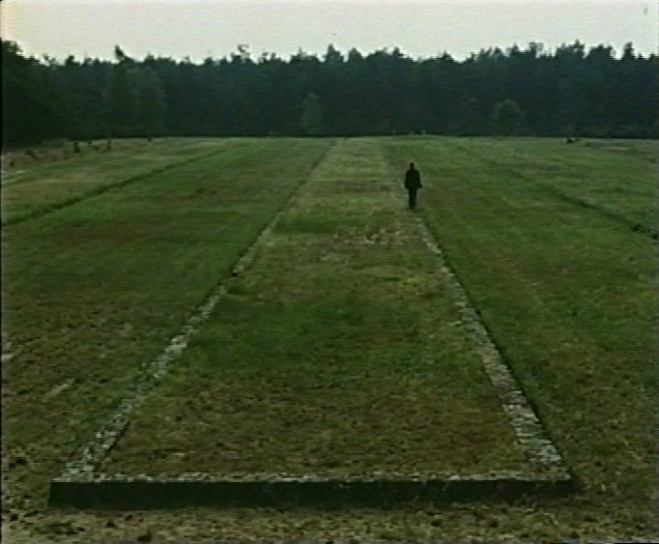 Photomechanical images are always the mark of an encounter, which becomes a direct confrontation when its object is human suffering perpetrated by man. The archival images resulting from such confrontation (either in photography or in cinema) raise some inevitable questions: Who took them and with what purpose? Is it possible, observing them meticulously, to retrace the process that took place at a precise instant? What do they hide beyond the limits of their visibility, in the reverse-shot, so to speak? In this sense, the archive appears to be as a rip, due sometimes to the perpetrators’ hubris, others to an audacious act of resistance from the victims, but also to the compulsion/decision to see/inform/bear witness by the media professionals.

Regardless of their aim, these images show an imbalance between the magnitude of the events they represent and the trace impressed in them. That’s the reason why archival images of atrocity are sensed suspicious if not illegitimate. In the last few decades, and especially in the aftermath of Shoah (C. Lanzmann, 1985) and the debates this film triggered among historians, philosophers and psychoanalysts, this inaccuracy has polarized the attitudes ranging from radical rejection to accepting mechanical use as illustration. Since then, however, numerous archives have been opened and new footage has been discovered in the former Communist countries contributing to a large number of exhibits and museums on communist atrocities. Adequate or inaccurate, confronted or complementary to the witnesses’ testimonies, the archival images of the past remain remnants in spite of all, sometimes the only artifacts that have survived capable of embodying the clash between two gazes.

However, the subject of this issue of Cinéma&Cie will not focus on the production of such images, even though their origin must be considered. The main theme will be their persistence on the synchronic level (i.e., between the media: newspapers, magazines, cinema, television, Internet, museums…) as well as in the diachronic axis (across time: mutation, re-editing, inversion…). Instead of being static, these archival images are constantly reedited and migrate as their meaning changes at each new occasion. From propaganda to counter-propaganda, from memory purposes to artistic aims, the circulation of these images proves that repetition is the first expression of difference.

In sum, by their defective nature, their “natural selection”, and their changes throughout history (iconization, archive fever), these image remnants strongly contribute to shape collective memory even becoming real sites of memory for social, ethnic or national communities, namely, a reservoir of images ready to stimulate grief or fuel action. Under these circumstances, this photo and film footage travels through public spaces, as museums, monuments, artworks, memorials, human rights activities and so on.

The proposals for this issue are invited to reflect on theoretical and methodological issues, but we strongly encourage the essays to focus on case analysis. Some of the topics we suggest are the following:

Please send your abstract (300-500 words in English + bibliographical references) and a short biographical note to submissions.cinemaetcie@gmail.com by January 15, 2014. All notifications of acceptance will be emailed no later than January 31, 2014. If accepted, 4,000-word essays will then be required for peer review by May 15, 2014.