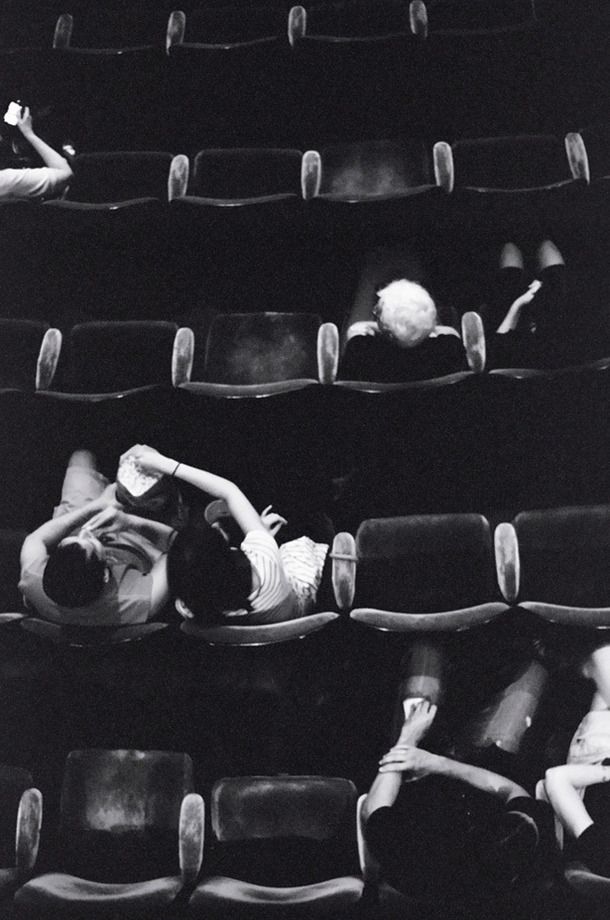 For a long time, the comparison between cinema and photography has mainly been a matter of contrasts.

Cartier-Bresson defined cinema as “what comes next”, and vice-versa photography as “the decisive moment”; in his view, filmmaking records the dissolution of a frame into another, it works not on an image to be watched, but on “the image to come”, while the photographic act consists in freezing a fragment of time, immobilizing it in its signifying incompleteness. In the last decade, research on this fundamental aesthetic conflict was revamped and enriched through many other juxtapositions, which re-marked the boundaries between the two arts (instantaneousness vs. duration, contemplation vs. escapism, distance vs. immersion); those studies aim at answering such broad questions as the effects on photography of the invention of cinema, or the persistent attraction of film towards still image, or even the challenge of the digital revolution to both languages (Mulvey, 2006; Campany, 2007; Guido, Lugon 2010, Rossaak, 2011).

At the same time, attention to possible spaces of convergence between cinema and photography was increasing; maybe Barthes already prefigured them in his analysis of the frame as the core of the meaning of a movie, an obtuse meaning very similar to the idea of punctum in photography. There is still a growing interest in that broad territory when one language trespasses into another, in that “imaginary grey area where photos and film shots can co-exist, touch and assess each other, rival each other even, in a sort of incestuous aesthetic relation” (Toubiana, 2007). In such studies we meet the idea of the frame as “unknown flesh of the film”, of chronophotography as a crucial encounter of the two arts, of the still frame as some kind of resurfacing of the photographic into the cinematic, of the photonovel as cinema on paper, and ultimately of the latest photographic avantgarde as a re-enactment of the cinematic (Cindy Sherman, Jeff Wall, Richard Prince, John Baldessari). The photo-cinematic mixture, and especially the collapse of both languages into the hybrid space of video, represent moreover one of the main intermediate states of the image which Raymond Bellour precociously focused upon (2002), therefore becoming a key paradigm of the visible in contemporary culture (Krauss, 1999).

Within that boundless territory, the most obvious contacts between the two languages remain overshadowed: overlaps that may be too evident or too hidden. These are the experiences to which the present issue is drawing attention. On one hand, there is a broad trend in cinema which shapes time in a photographic way: authors like James Benning, the forefather of the so called contemplative cinema, introduced entre-images which are capable of blurring the differences between stillness and motion, while in the field of the cartoon, Bady Minck re-creates an old mechanic of movement, giving life to postcards and family album. On the other hand, there are some photographic experiences involved with the language of cinema. Some simply concerns cinema, while others find in its language their very aesthetic dimension: still photography is the major submerged land to represent this kind of contact. It is the image of an image, that is at once frame and/or still, pose and gesture, document and wish, memory and prediction, but it is also a “birth certificate” of an image, a liminal documentary form which raises also the problem of memory. In some ways akin to the approach of still photography, the work of artists like Gregory Crewdson or Simon Starling are another example of such fruitful crossing: Credwson denies instantaneousness in order to restate the idea of posing, of the body constructed according to the ways of the imaginary, while Starling translates his movie into a photobook, which he defines ciné-roman (actually, it was also the title of Chris Marker’s book made after La Jetée), in order to explore the possibility of installing into still images a specific gaze, and particularly an early cinematic one.

Contributors are therefore invited to take into consideration theoretical and historical issues, as well as specific case studies, strongly connected to these themes, or at least to the key-questions they raise:

Please send your abstract (300-500 words in English + bibliographical references) and a short biographical note to submissions.cinemaetcie@gmail.com by June 30, 2015. All notifications of acceptance will be emailed no later than July 15, 2015. If accepted, 4,000-word essays will then be required for peer review by September 30, 2015.