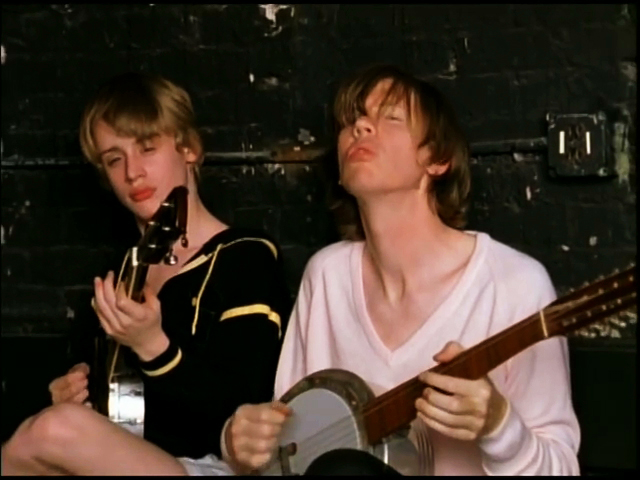 In 1987, Simon Frith and Howard Horne’s Art into Pop questioned the rise of British Post-War popular music within the context of art schools, employing cross-terms such as “rock bohemians” and “pop situationists”. The authors focused on the 1970s and the aftermath of punk, finding a close relation between popular music forms and art forms in the contexts of several British cities as well as in New York City. More recently, Simon Reynolds traced the genealogy of an “artistic bias” in popular music back to the post-punk period of the late 1970s, when “art ideas affected actual musical practices” (2009: 365) due to the influence of not musically trained artists coming from the NYC experimental scene such as Yoko Ono and Brian Eno.

So far, scholarly investigations on the intersections between popular music and culture and avant-garde arts have been mostly limited to the social cultural milieu of only two decades (1960s/1970s) and two countries (U.S.A./U.K.). Essay such as Bernard Gendron’s Between Montmartre and the Mudd Club (2002) and Sytze Seenstra’s We are the noise between the stations (2003) constitute two notable exceptions through their reframing of the American punk scene and of David Byrne’s work through a diachronical comparison with French modernism and conceptual romanticism, respectively. They do not only reassess the collapse of hierarchical distinction between the social function played by high arts and mass culture with the advent of late modernity/postmodernity, but also take into serious consideration the relationships between different media domains.

Drawing on a similar methodological approach, this special issue of Cinéma&Cie aims to address the context made up of works of art in music, film and video by tracing the ongoing exchange between avant-garde and popular forms from trans-historical and intermedial perspectives. We are interested, for instance, in how art groups as the No Wave in NYC between 1970s and 1980s represented a ‘turn’ in cinema, media, and performing arts through their connection to the East Village art scene and by working contemporaneously with several media and art forms. Mainly inspired by fellow musicians, No Wave created mixed media-productions blending performance, music, film, and video. Its originality stemmed out of its concern with the presence of the TV in daily life, the rise of the videoclip form, the codes of film genres, and the symbols of pop/rock disseminated in mass media that functioned as a fertile common ground of popular culture. Such independent art projects have transformed traditional forms of film, TV format, and music into performative acts taking the form of fictional films, TV shows, or pop-rock songs.

We invite theoretical comparisons as well as analyses of case studies that challenge the limits of such strategies, forms, and contents shared by avant-garde and popular forms. In other words, this special issue aims to analyze recurring “motifs” among aesthetic formats, artistic practices, production strategies, cultural uses, and theoretical understandings of visual and sound media that took place in different times and within different cultural contexts. How is this relation between avant-garde and popular forms articulated today in past and present cinema, popular music, and video examples? Which case studies make such a relation emblematic?

Article proposals may involve (but are not limited to) the following topics:

– examples of intersections of avant-garde and popular music and visual media aesthetics in the 1970s/80s/90s period;

– the relation between avant-garde and popular forms in specific fiction films or videoclips;

– analyses of production strategies blending both traditional and disruptive strategies, avant-garde and popular forms, experimental and established forms (e.g. the song, the fictional film, the videoclip). These analyses could specify the nature of such a relation (e.g. is it a dialectic, a tribute to, a critique?) and the aims of such strategies;

– the hidden and intervolved relations between avant-garde and popular media artistic practices: in which ways do they inform each other? Is it a reciprocal relationship?

– the uses and misuses of specific technologies and media to map possible continuities and similitaries between avant-garde and popular cultural contexts;

– the historical and theoretical tension between live and mediated performance in avant-garde and popular contexts, plus their implications on the actual preservation and historicization of the artworks (e.g. are our documental mediated sources limiting or affecting our historical awareness of these artistic phenomena in any sense?);

– the convergence between popular music and video (e.g. videoclip, mono-channel video) and their interaction in “performative” contexts (e.g. multi-channels installations, live visuals), as well as how these case studies are influenced by avant-garde forms and practices;

– how this relation may be revisited and articulated today in the post-medial panorama.

Please send your abstract (300–500 words in English + bibliographical references) and a short biographical note to submissions@cinemaetcie.net by October 5, 2018.